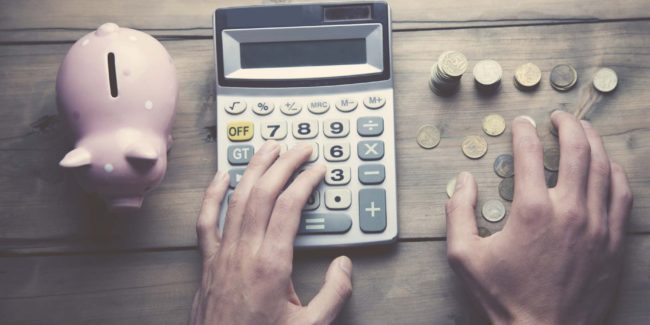 The living standard of a family undergoing a divorce coalesces in a Standard of Living [“SOL”] report. In separate schedules the “SOL” report lists the sources and amounts of income the family receives, and their lifestyle as a family. The ‘SOL” report analyzes the income and expenses of the family from one to three years immediately prior to the divorce, usually as of the complaint date. And, it enables the parties, their attorneys, facilitators and the Trier of Fact, if necessary, to understand the ins and outs of the family’s finances. The purpose of the “SOL” report is to underpin alimony and or child support. Most often however, only the spending habits of a family are considered in a formal report, including a report submitted to the Court. Known as a lifestyle report, this type of report presents an incomplete picture. To complete the picture and to fully understand the family’s standard of living, the formal report should also contain the income the family receives, which after all creates the family lifestyle. Income and expenditures are the two broad components of the “SOL” report; the former consisting of net disposable income, the latter of living expenses. Together they depict the family’s lifestyle, and are shown separately on schedules in the “SOL” report; “The Schedule of Net Disposable Income” and “The Schedule of Living Expenses”. There is also a third component of the “SOL” report not often seen in the typical lifestyle report, the “Note Disclosures”. These disclosures elaborate on the financial data in the “SOL” report. More will be discussed about this third component later.

In keeping with the way in which alimony and child support are generally considered, income and expenses are typically presented on a monthly basis in the “SOL” report. To illustrate, many people are paid either bi-weekly or semi-monthly, and the self-employed often do not draw regular or periodic paychecks, taking money out of the business as needed. Any of these payment modes however, can easily be converted to monthly compensation for comparison to living expenses that are often paid monthly, such as rent and mortgage obligations, utility and telephone bills and auto loans. Living expenses that are not paid monthly, such as groceries, or are not periodic, such as personal grooming, entertainment or even vet bills can be estimated or converted to monthly amounts, so that the “SOL” report shows meaningfully consistent income and living expenses. Remembering that the purpose of the “SOL” report is to estimate monthly support to be paid to the former spouse as alimony and or support for the children, conversion of income and living expenses to monthly amounts, irrespective of when received or when expended, enables the parties and their attorneys to understand the inflows and outflows of the family’s money.

Until now, we discussed net disposable income globally, as if there were only one family income earner. In many families however, both spouses are income earners, even if the income is earned unevenly. Additionally, many families receive unearned income, such as interest, dividends and other investment income, sometimes separately, but often jointly. These items of income, as well as the compensation discussed above, are easily shown in the net disposable income portion of the “SOL” report. To display the various items of income, the net disposable income page should be divided into 4 columns. The first, or description, column lists the sources of income. The second column is the total column showing the aggregate income to the family of the type described in the first column. The third and fourth columns are titled with each spouse’s name. The money in the second column is placed into the respective column of the earning spouse. Obviously, this is the individually earned compensation of the named party. Unearned income is transferred to the column of the spouse owning the asset generating the unearned income. If the asset is owned jointly, the unearned income is allocated pro-rata; e.g. 50% to each spouse if the asset is owned equally. Simply, The Schedule of Net Disposable Income shows all income, earned and unearned, from all sources, for each spouse, and any other cash flowing into the family coffers, as for example, from parents or other relatives, assisting the divorcing couple. The aggregate total at the very bottom of the second [total] column should account for all money available for the family to spend during the period(s) covered by the “SOL” report.

Now that we know the money available for the family to spend, The Schedule of Living Expenses will show how the available money was spent or saved. This schedule contains three sections recognizable by most attorneys; shelter, transportation and personal expenses. The amounts shown are listed as monthly expenses in each section, thereby matching the period of spending activity to the period of receipt of the net disposable income. Using the same columnar format as on the income schedule, the expenses schedule also has four columns with the first column being the description column. Only now there will be three separate sections in this schedule, as each type of expense, shelter, transportation and personal, are separated by subtotals. So, with a description column in each section, the schedule moves onto the second, or total, column listing the aggregate family expenditures by type within each applicable section, and then onto the third and fourth columns listing the expenditures made by each party separately; or made on a joint basis, e.g. 50% of the expenditure each; or made by one or both parents on behalf of the family’s children. The financial data used to complete this schedule is more complex and often more difficult to obtain than the financial data compiled for the income schedule. The sources of the financial data can be checkbooks, cancelled checks and bank statements. Often, there are multiple checking accounts, e.g. his and hers; money market accounts with separate checkbooks and or bank statements and cash management accounts within investment accounts at brokers or money managers. And oh yes, don’t forget multiple credit cards. Obviously, depending on the number of years analyzed, the volume of documents and the time needed to complete the schedule can be overwhelming, and the cost to complete expensive. So far, we’ve been dealing with living expenses, a significant part of the family lifestyle. Another significant part of the family lifestyle is the savings and or investment component. After all, the family can only do one of two things with its money; it can spend the money or save the money. Giving the money away, such as to relatives, is considered the same as spending the money.

In a perfect world when the family spending, and the family saving and or investment activities are added up, the total will be exactly equal to the total of all net disposable income. The totals on the Net Disposable Income Schedule and on the Schedule of Living Expenses really should be equal, really! If they do not equal, then probably one or both schedules contain errors. Maybe not all sources of income and or cash flow have been identified, especially cash flow received from relatives. Or maybe not all expenses or outflows of cash have been accounted for, like outflows of cash to relatives. For the forensic accountant, identifying and tracking down the variances between inflows and outflows only adds to the enjoyment of preparing the “SOL” report.

Now, Note Disclosures. Notes to the financial data contained in the two schedules are an integral and essential component of the presentation. In a narrative format, note disclosures elaborate on the financial data contain in the financial schedules. Typically, the notes start first with the pertinent identifying data, such as contained in the case caption; the names of the parties [as plaintiff and as defendant], their respective counsel, the vicinage in which the matter is pending, the complaint date and the docket number. Second, the approaches, methods and procedures used to identify and determine the net disposable income and expenditures are disclosed, including the estimates used, the rationale for using them and how financial estimates were computed. Finally, the assumptions underlying the “SOL” report should be disclosed to enhance reader clarity.

The Standard of Living Report is not your father’s [or mother’s] lifestyle report. It is obviously much more. It is more comprehensive. It schedules the category and the source of all income and funds flowing to the family, and which the family enjoyed either by spending or by saving. Since it is generally true that two separate households cannot live as cheaply as one, there is more financial information by which to form a sound decision as to alimony and child support.

Marshall A. Morris, CPA, ABV, CFF is an experienced forensic accountant providing investigative accounting and business valuation services in litigation, arbitration, mediation and collaborative practice. Marshall has lectured at Rutgers University, The New Jersey Society of Certified Public Accountants, and Bar Associations, and has authored numerous topical articles. Marshall is Past Chair of the New Jersey Society of Certified Public Accountants’ Valuation Services Interest Group and Past Chair of the Matrimonial Accounting Interest Group. He is also a member of the American Institute of Certified Public Accountants’ Forensic and Valuation Section. Marshall is a New Jersey R.1:40 qualified mediator, and a qualified member of the New Jersey Collaborative Divorce Professionals. With offices in Old Bridge New Jersey, he can be reached at 732.588.5559, or by email at marshallmorris@marshallmorriscpa.com. Marshall invites you to visit his website www.marshallmorriscpa.com.