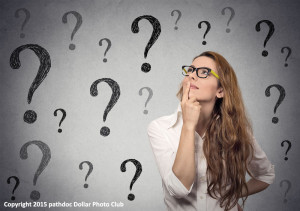 Would you accept $975 million in cash as a divorce settlement? The answer may depend on whether you litigate or collaborate.

Divorce is scary. Facing a future as a single person (and many times as a single parent) can trigger anxiety about your self-worth, your financial security, and perhaps even affect your ability to get out of bed and take out the trash on the most trying of days. It is difficult to think logically when you are upset and there is a scientific reason for this: when the emotional area of your brain is active (the amygdala), the logical, “smart” part of your brain is inhibited (the prefrontal cortex). So I ask again, if you were offered $975 million…would you take it? You may be surprised to know that your answer can depend on how the offer is presented.

Most clients want what’s “fair.” Many assume that “equitable” (fair) means half of all assets…but equitable is not the same as equal. And holding out for “half” may not get you the outcome you desire.

Here’s the scenario: you have been married over 20 years and you have two children, nearly grown. Your husband is in the oil industry and his business is valued at $6 Billion. You are offered $975 million dollars. Do you take it? No! Why not? Because your position is based on what is fair. It is not FAIR that he gets $5.1 billion while you walk away with a paltry $975 million. And chances are you will be willing to spend a few million dollars to get what you deserve. Fair would probably look more like $2 billion, if it’s not going to be $3 billion. Often in litigation, you are focused on a particular outcome or share of the marital pie and anything less is typically considered unfair. When you are focused on an outcome, you can lose sight of what is being offered. $975 million? No way!

Here’s that same scenario, but from a different perspective: You have been married for over 20 years and you have two children, nearly grown. Your goals, values, and interests are that you live an extravagant life with financial security and that you get what is fair to you. Your husband was one of ten children born to share croppers. He worked in the oil industry since age 18. His business is valued at $6 billion but the valuation is dropping due to the recent losses in the oil industry. Also, to give you a greater portion of the business value, he would have to sell business assets—perhaps even risking his company. Do you take $975 million now? Maybe not, and that’s fine. But when you collaborate, you ARE more likely to explore reasonable options that are based on your personal goals, values, and interests than when you are singly focused on getting half.

Sometimes, it’s not what you have; it’s what you do with it.

If you or someone you know is going through a divorce, speak with a collaboratively trained divorce professional to learn your options.